It was determined that the diversity of alpine and subalpine vegetation of Azerbaijan consist of 975 plant species and subspecies belonging to six classes, 66 families and 321 genera which makes up 22% of the country’s flora. Among the families Asteraceae (143 species), Poaceae (66 species), Fabaceae (61 species), Rosaceae (53 species), Caryophyllaceae (49 species), Lamiaceae (47 species) are dominant families richer in species. The 25 families (36 species) found in the area are sensitive and are represented by only 1-2 species. Eight of these species are subendemics distributed in the North and South Caucasus, Iran and Turkey. The Polygala alpicola (Polygalaceae) is described from the North and South Caucasus, Axyris caucasica (Chenopodiaceae), Festuca skvortsovii from the South Caucasus only. In total, we have identified 432 endemic species for alpine and subalpine flora in the Caucasus ecoregion. The originality of vegetation is 10% of the total flora, and 44% of the alpine and subalpine flora. The leading families in terms of the number of endemic species are Asteraceae (60 species), Caryophyllaceae (29), Fabaceae (28), Apiaceae (26), Rosaceae (25), Brassicaceae (24), Lamiaceae (24). Eight of them are real Azerbaijani endemics. 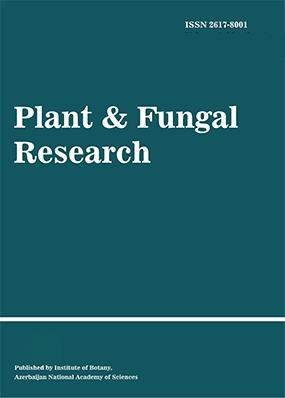